These days, the world’s scariest viruses often don’t always attack the human body. Some attack the digital infrastructure that we depend on for, well, just about everything. Computer viruses — and trojans, worms and other nasty pieces of malware — are the next frontier in global “health.”

Not all computer viruses are super-widespread or destructive. Some infect a few machines locally, then die out, go dormant or otherwise become inactive.

Some, though, wreak havoc across frighteningly wide geographies. Viruses have been responsible for some of the worst data breaches in history and have sapped untold billions of dollars from the global economy. Even the world’s best digital minds struggle to keep up with the relentless barrage of new digital treats.

There are plenty of contenders for “worst computer virus of all time,” but these five stand head and shoulders above the rest. Have you come face to face with any of these in your digital travels?

Named for a Florida stripper, Melissa actually wasn’t intended to cause havoc. Back in the late 1990s, when Internet pornography was still pretty novel, Melissa was conceived as a self-replicating file containing special passwords to nearly 100 adult websites. However, its self-replication capabilities proved overwhelming, and it quickly infected millions of machines across the United States — leading Microsoft to shut down its email servers for a time.

Unleashed in 2004, My Doom still holds the “world’s fastest-spreading virus” title. It ultimately infected 1 in 12 computers worldwide, a shocking total in any era, and forced Google to shut down for a full day. Worse, the authorities never caught the perpetrators. They could be working on their follow-up right now.

2001’s Klez was the most sophisticated virus to date. It selected the optimal transmission method based on network and machine characteristics, and was one of the first viruses to effectively employ spoofing. Subsequent viruses copied many of its tricks.

Released in 2001, Nimda was one of the first viruses to affect cell phones (though, due to the low number of Internet-connected phones at the time, the damage was minimal). More notably, it affected backend systems across the web, throwing corporate operations into a cocked hat.

SQL Slammer spread across the world in 2003, causing more than $1 billion in economic damages due to disrupted air travel systems, email servers and financial systems. It took Bank of America’s ATM network offline temporarily and caused Continental to cancel a handful of flights, disrupting thousands of travel plans.

No Rest for the Digital Weary

Sure as the sun rises, new digital threats will rear their ugly heads in the years to come. Some might make the malware described above seem quaint and mild by comparison. It’s critical for all Internet users, no matter how little they know about technology or how carefully they surf the Web, to stay vigilant. As the Boy Scouts say, “Always be prepared.”

The iPad is an incredible piece of hardware that combines the computing power of a desktop with the (almost) mobility of a smartphone. Once you get the hang of it, it’s hard not to love the device’s simplicity and versatility.

Then again, we’re not born with iPads in our hands. The device’s basic interface and lesser quirks take some getting used to, particularly for users more comfortable with desktops, laptops or mainframes (just kidding). If you’re looking to embrace the iPad revolution without tearing your hair out in the process, follow these four simple iPad tips.

Rebooting your iPad is the single most effective way to solve minor user experience problems, such as lags or freezes in open programs. Unfortunately, it’s easy to confuse the reboot function with “suspend” mode. To reboot, hold down the sleep/wake button until you’re shown the shutdown menu, then follow the instructions. Once the screen is completely black, wait a few moments and hold down sleep/wake until the Apple logo appears.

Most old-school computing devices lack an autocorrect feature — a significant inconvenience for rushed typists, particularly when they’re used to thumbing out short notes and messages on their smartphones. Happily, the iPad does have autocorrect. Score!

If you’re within WiFi range of an Apple TV device, the AirPlay feature (denoted by a rectangle-triangle icon) lets you stream media from your iPad direct to your TV. Small screen, meet big screen!

If you’re an iPhone user, you probably know about the “Find My iPhone” app. Maybe you’ve used it after misplacing your device a time or two. (No judgments here.)

Fewer people know that there’s also a “Find My iPad” feature. While it’s slightly more difficult to lose your iPad, you never know when you’ll leave it in a gym back, at the office or in your car and forget about it until the next time you need it. “Find My iPad” ensures that you don’t have to worry about a permanently lost device. And if the feature suggests that you’ve been the victim of theft, it can help the authorities track the thief’s movements.

On the one hand, it’s hard to believe the iPad has been around since 2010. Despite the fact that it’s ubiquitous in the workplace and nearly so in the home, Apple’s sleek tablet still seems futuristic to folks used to laptops and desktops.

On the other hand, it’s hard to believe the iPad has only been around for a few years. During its short public life, the device has revolutionized personal computing — creating a host of new applications and opportunities for creative users.

One thing is clear: Until something better comes along, the iPad is here to stay — in continually updating form, of course. If you love the current version of the iPad, you’re likely to embrace subsequent models. Make sure you’re staying on top of things as new features and functions emerge.

The elderly face a host of special perils that don’t affect younger adults, including age-related illnesses and injuries, discrimination in the workplace, and social isolation. It seems like the list gets longer each year.

Cyber-perils represent a growing threat for America’s senior citizens. As technology advances, crooks are only too happy to use it to prey on older folks, many of whom lack the technological sophistication and fluency that comes naturally to “digital natives” — people born after the advent of personal computing and 24/7 connectivity. People over age 65 are more likely to be victimized than members of younger generations.

Fortunately, older adults aren’t helpless in the face of digital threats. Education and preventive action can dramatically reduce the incidence of online fraud, theft and other forms of abuse. If you’re looking to protect yourself or a loved one from the digital dangers facing America’s aging population, these four precautions can help.

Seniors are particularly vulnerable to email “phishing” scams. Phishing emails appear to originate from a trusted sender, like a bank or government office, and typically ask the recipient to confirm a password or piece of vital information by responding to the email or clicking a link. Most institutions and agencies explicitly avoid sending such communications — so if you or a loved one receives one, simply delete it.

When crooks get a hold of seniors’ phone numbers, they can mount multi-front attacks. An email purporting to be from a grandchild or cousin in prison, the hospital, or some other compromised situation might be followed up by a phone call requesting a hefty sum for bail, medical bills, or other expenses. Such requests are often accompanied by warnings not to try to contact the person by regular means (i.e., their cell phone) due to the embarrassing or dangerous nature of the situation. No matter what’s said, though, it’s likely to be a lie.

One of the most effective ways to avoid online fraud, abuse and financial loss is to purchase and keep current antivirus and anti-spyware software. For a reasonable fee, such programs provide 24/7 protection and automatically update to adjust to new threats. While antivirus protection doesn’t guarantee against a sophisticated hack or novel infection, the alternative — a completely defenseless computer — is far worse.

Password protection is particularly important for seniors who use online banking and brokerage platforms, as well as those who store sensitive documents in the cloud. Bad actors who successfully relieve senior citizens of their passwords — whether through email phishing scams, covert hacking or direct contact — can wreak havoc on their finances and destroy their credit.

To reduce the risk of victimization, seniors should keep a different password for every portal and change them all each month. Random passwords that can’t be tied to a well-known fact or figure (such as kids’ or pets’ names) are generally more effective, too.

These aren’t the only online threats faced by the elderly, of course. New perils are constantly coming to light, even as the “good guys” find and punish those responsible for perpetrating older scams. If you’re enjoying your golden years or have a loved one who’d like to do the same, remember this: The moment you stop paying attention to your online safety is the moment your safety is truly in jeopardy. 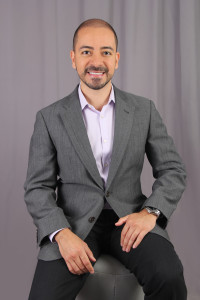